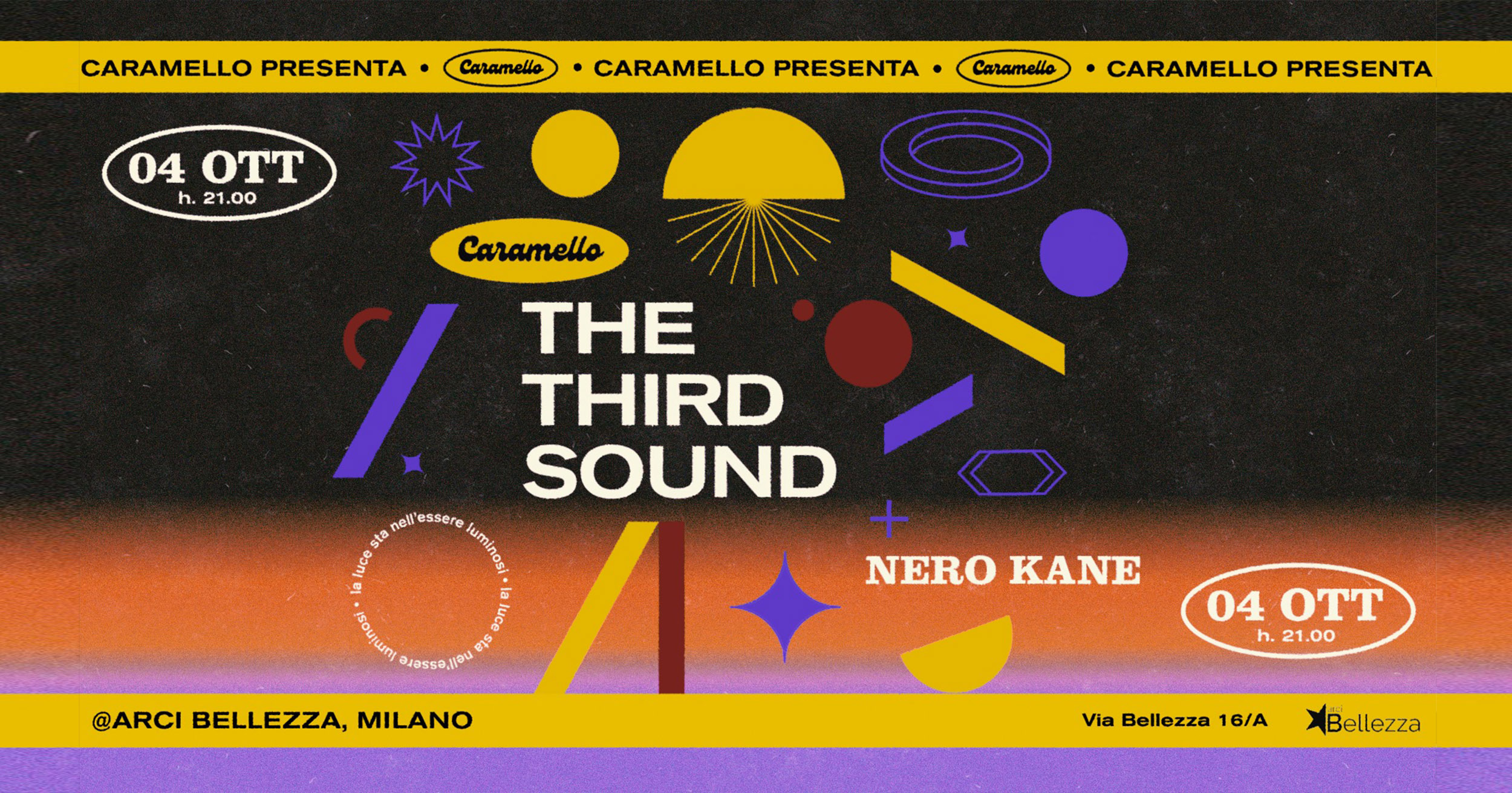 Early tickets: 10 + dp —>
https://bit.ly/2XuVdyr
.
The third Sound:
On August 27th 2021, The Third Sound will release their fifth album ‘First Light’ on Fuzz Club Records. Dealing in a hypnotic blend of neo-psychedelia, post-punk and new wave, The Third Sound is a Berlin-based band led by the Icelandic musician Hákon Aðalsteinsson, who is the guitarist in Brian Jonestown Massacre and formerly played in the cult rock’n’roll outfit Singapore Sling. A mainstay of the European psych underground in his own right, not just through his collaborations with the likes of Anton Newcombe and Tess Parks, The Third Sound has been Hakon’s primary solo endeavour since the release of his self-titled debut on Newcombe’s A Recordings a decade ago. Arriving following 2018’s ‘All Tomorrow’s Shadows’ LP, ‘First Light’ marks an evolution into a brighter and at times uplifting sound. Marrying moments of light and dark, the result is The Third Sound’s most dynamic full-length to date. Talking about the album, Hakon said: “This album is definitely less gloomy than the previous one, although some ghosts from the past are lurking in the background. We always try to make something new on each album and never make the same album over again, but this feels like an even bigger change than usual, especially regarding the mood. Something new is beginning although the past is not forgotten. I think the title, First Light, describes the overall feel of the record pretty well.” Opening track ‘Tidal Wave’ introduces the record perfectly with a shimmering piece of shoegaze-inflected psychedelia that sounds like a long-lost Creation Records classic just before the Es hit the scene: “It has a mix of programed and real drums which resulted in a more upbeat and groove-focussed approach and talks about something awakening. It sets thetone for the album I think.” ‘Your Love Is Evol’ appears to follow a similar path but soon breaks down into something more cacophonous: whilst the infectious bassline rumbles away beneath Doorsian organs, things soon dissolve into distorted wall-of-noise guitars. A suitable finale for a track that Hakon says is about “a deceptive love in any shape or form, one that lures you in and before you know it you have lost your way.” Replete with jangling guitars and Hakon’s dour baritone vocal, ‘This Is The Way I Know’ deals in a shadowy new wave sound: “I haven’t done a lot of love songs in the past but this could be seen as one. It’s about when you find something that you believe in. Kind of like the first line from the song That’s How I Got To Memphis by Tom T. Hall: ‘If you love somebody enough, you follow wherever they go’.” Elsewhere, tracks like ‘Dissociation’ (“About the blurred lines between an altered state of mind and reality”), ‘Hex’ (“A song about breaking away from an evil spell”) and ‘Stay For Another’ (“Being lost and delusional, staying up late looking for something that isn’t there”)channel the gothic-psychedelic indie of groups like Echo & The Bunnymen, The Chameleons and The House of Love. Other stand-out moments include the expansive, seven-minute ‘Ghosts of Memphis’. It’s a slow-burning track that begins with an atmospheric drone interspersed with a manipulated recording of a story that Hakon’s girlfriend (the photographer and filmmaker Lilly Creightmore) sent him as a voice note, before slowly building into something totally hypnotic and all-consuming. By the end of its running-time, the song has seamlessly built itself up into a huge wall-of-sound driven by a motorik bassline, cinematic guitars, mesmerising backing vocals and smatterings of reverb, delay and feedback. Bookending the album are two largely acoustic-driven tracks, ‘Not Even Jesus’ and ‘I Don’t Need Anything Anymore’. The former’s neo-psych repetition makes abundantly clear why Hakon was asked to join the Brian Jonestown Massacre and thestark, eerie atmosphere of the latter makes for a perfect album-closer. More stripped-back than anything else on the album, Hakon’s sullen, cavernous vocals serenade you as the album draws to a close: “This was the last song I wrote for the album, only a couple of days before we went into the studio in France. The rest of the band hadn’t even heard it. We had these twins from Algeria singing backing vocals on a few songs from the album, but here I think they totally lift the song and make it something really special.” ‘First Light’ is the fifth full-length from The Third Sound and arrives off the back of 2018’s ‘All Tomorrow’s Shadows’, 2016’s ‘Gospels of Degeneration’, 2013’s ‘The Third Sound of Destruction and Creation’ and their 2011 self-titled debut. With Hakon Aðalsteinsson leading the group on vocals and guitar, the rest of the band is currently comprised of Robin Hughes (Guitar / Organ), Fred Sunesen (Drums) and Andreas Miranda (Bass). With a number of European tours in tow, the band have previously shared the stage with the likes of the Brian Jonestown Massacre, The Warlocks, Singapore Sling, Crocodiles, Clinic, Tess Parks and more.
Nero Kane:
Nero Kane è un songwriter psych dark folk italiano con una vena intima, minimale e decadente. Voce e chitarra combinano le sue radici europee con il sound del deserto americano in un progetto denso di visioni emozionanti. La sua musica parla soprattutto di morte, religione e amore. Il suo sound è stato definito come una musica sospesa e crepuscolare dove la melanconia di Nick Cave e l’ultimo Johnny Cash si mescolano con una psichedelia folk scarna e un desolato blues-rock. Dopo il suo album di debutto “Love In A Dying World” prodotto a Los Angeles da Joe Cardamone (American Primitive, 2018), Nero Kane presenta l’ultimo album “Tales of Faith and Lunacy” prodotto in Italia da Matt Bordin (Nasoni Records Berlin / BloodRock Records / Anacortes Records 2020). Lo accompagna nel live Samantha Stella (voce/tastiere).